Leveraging weaknesses in Rendertron and other headless renderers 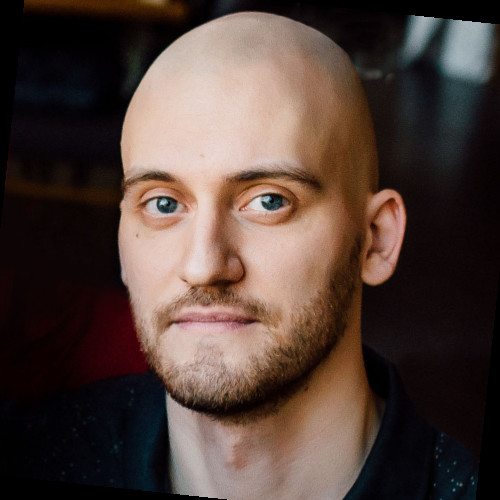 Modern JavaScript frameworks are heavily utilized for web site development nowadays. Instead of plain HTML pages, we now have PWAs (progressive web applications) and SPAs (single page applications) that do most of the work in the client's browser and use JavaScript to generate the contents of the page on the fly.

This technology has many advantages and can be effective at creating a sleek UI and UX, but at the same time, it is not SEO friendly, because crawlers and bots are not developed to render or understand JavaScript. One of the common ways to help bots get valid HTML content is to open a requested page in a headless browser instance on the server, such as Puppeteer or Playwright, get the resulting HTML, strip parts that are not intended to be crawled and return it. This approach is called dynamic rendering and is promoted by Google as one of the possible ways to serve content.

The rules are available in a Semgrep pack here: https://semgrep.dev/p/headless-browser

These Semgrep rules produced many results to triage and after investigating them I found out that a significant number of modules that use headless browsers are intended to help webmasters with dynamic rendering.

Due to the growing popularity of this concept, I believe it is important to investigate and understand what can go wrong while using dynamic rendering in production.

The scope of this research includes the two most popular open-source dynamic rendering applications, Rendertron and Prerender, but the described attacks may be applied to other applications of this type as well. I'll also share how I was able to apply this knowledge to take over a production web server with a few curl requests and earn a $5,000 bug bounty.

If a web page is generated dynamically on the client but needs to be properly indexed by search engines, a common approach is to catch a request from the crawler or bot, render it server-side, and output the pretty HTML with all the content. That flow generally looks like this:

How to identify a dynamic rendering application

First of all, dynamic rendering is intended to be used with web pages that need to be indexed properly, so they are publicly available by definition. On top of that, prerendering makes sense only if most of the content on the page is generated by JavaScript (usually with a JS framework like React, Angular, Vue, etc.) and created dynamically at the same time. Some examples include: the main page of a news website that updates in real-time or an online store page with a list of the most popular products.

When a candidate site is found, you can identify if dynamic rendering is possible by sending multiple requests to the same page but with different User-Agent headers (remember, dynamic rendering tries to render pages for crawlers):

If the curl results are different and the response for the fake crawler request has pretty HTML without any <script> tags, it means that the website is using dynamic rendering.

You can test this with https://shop.polymer-project.org/ as an example — it is a demo site for demonstrating dynamic rendering.

If you want to see how each app responds to various User-Agent headers, you can check out the code itself:

In addition, Rendertron will return the following header: X-Renderer: Rendertron. Prerender has an option for adding an X-Prerender: 1 header, but it is not default behavior.

Lastly, both Rendertron and Prerenderer parse specific meta tags in order to change response headers or HTTP status codes. In other words, it gives developers the opportunity to manipulate rendering results by leaving meta tags in the source code of the page. These can also be used to identify a dynamic rendering application.

It’s easy to take advantage of a dynamic rendering app when it is publicly available because it allows you to interact with the app directly and send arbitrary requests, including to local endpoints. There are some restrictions for accessing local infrastructure, but depending on the version of the dynamic rendering app, they can be bypassed.

Rendertron is quite easy to identify because it has a web frontend that allows you to send requests and take screenshots of the requested page.

Rendertron’s API (from the docs):

GET /render/:url
The render endpoint will render and serialize your page.

Additional options are available as a JSON string in the POST body. See Puppeteer documentation for available options. You cannot specify the type (defaults to jpeg) and encoding (defaults to binary) parameters.

So, when you stumble upon a Rendertron instance, it is worth trying to perform a SSRF attack and exfiltrate cloud tokens like this:

(This is a great resource for SSRF payloads.)

If requests are blocked, there is still a chance to force the headless browser to fetch an iFrame and output a screenshot of the metadata endpoint by sending requests to /screenshot and forcing the server to visit a website you control:

The HTML at www.attackers-website.here includes an iFrame with the metadata endpoint. This forces Rendertron to fetch the attacker HTML and render the page on its own server. This means that the iFrame will also be resolved on its own server.

This outputs a screenshot of the iFrame containing the cloud instance metadata.

Prerender does not have a GUI frontend and is not as easy to identify. Worse, requests to / return 400 without any interesting headers:

list of options can be found in the docs, main takeaways:

The only way to identify if an application is using Prerender is to send a request like /render?url=http://www.example.com and check the output. Prerender does not have any built-in protection from cloud data exfiltration but does allow users to configure blacklists and whitelists, so depending on its configuration, chances are that it may be possible to request cloud tokens like

On top of that, Prerender connects to headless Chrome through the debug interface, which opens on the hardcoded port 9222.

So if local requests are allowed, it’s possible to figure out the Chrome debug ID

Both Rendertron and Prerender introduce a possibility of SSRF into the environments in which they’re used. Even if cloud endpoints are restricted, it still may be possible to send requests to other parts of a target’s local infrastructure, e.g., cache servers or DBs.

I found a few Rendertron instances exposed to the public while doing this research, but none of them belong to any bug bounty program, so I stopped there.

Attacks through the web application

In my case, to hunt for dynamic rendering apps, I simply sent a request to every domain and endpoint from bug bounty lists available to me with User-Agent: Slackbot blabla and found only one target that responded with X-Renderer: Rendertron -- but it was enough to earn a bounty. 😁

If a dynamic rendering app is not exposed to the public but but you know a site is using one, it may still be possible to perform the attacks mentioned above using an open redirect. The rendering application can still be reached if the page that is proxied to it for rendering allows an open redirect (which many companies do not consider a vulnerability) or any kind of HTML or JavaScript injection (whether it is a vulnerability or a feature of the website).

If an open redirect exists and redirects are allowed on the instance of the rendering app, attacking it should be as easy as sending one request with curl. For example:

It is possible to request sensitive data through the iFrame if direct access is restricted.

The one Rendertron instance I found among bug bounty targets had an open redirect, so this worked for me. Looking for XSS or HTML injection seemed like a hard task to tackle at that moment, so I focused on exploring open redirect opportunities.

Most open redirect cheatsheets and tutorials focus on redirects that comes from backend, but the concept of dynamic rendering applies to single-page applications with rich client-side JavaScript, so in this type of application, you might have more luck finding open redirects in the frontend code.

This is where Semgrep helped me a lot: I bootstrapped a bunch of Semgrep patterns that would highlight possible open redirects in JavaScript code and I scanned client-side JavaScript sources of the target web application with it. Using this approach, I found an open redirect within an hour of investigation.

The set of rules that I used can be found here: https://semgrep.dev/p/clientside-js

After that, the only thing left was to use this open redirect to force the headless browser on the server to retrieve the cloud metadata token for me:

I was lucky to come across an outdated version of Rendertron that does not restrict direct access to metadata endpoints. But if direct access to metadata endpoints was restricted, it may still be possible to request it in an iFrame. The only problem is how to fetch the contents of the iFrame. This is where the screenshot feature comes in handy! The final attack in this case would be:

6-7 it forces browser to fetch a screenshot of the page that contains an iFrame with cloud metadata (e.g., http://metadata.google.internal/computeMetadata/v1beta1/)

8 and then send it to the attackers host, but both requests won’t work due to CORS protection (image is fetched from localhost while the current URL is http://www.attackers-website.url). Nevertheless, the resulting HTML is returned to the headless browser page #3.

9-10 The same HTML is rendered inside headless browser page #3 but this time all requests work because CORS rules are not violated (page's host is the same as the image's - localhost:3000).

11 Picture with cloud metadata values is sent to the attacker.

http://metadata.google.internal/computeMetadata/v1beta1/ endpoint that is widely used in the examples was deprecated by Google and no longer available. That is why instances of Rendertron which runs on Google Cloud are not exposing its tokens so easily anymore. Anyway keep in mind that, methodology and tricks from this research can be applied not only for cloud token exfiltration but to exploit SSRF in general.

Dynamic rendering applications are going to be widely used in the future as they represent a convenient way to combine modern JavaScript frameworks and SEO-friendly content. We can see this from companies like Google and more embracing this approach. That is why it is important to understand the weaknesses that this technology may introduce.

If you are a defender: be aware that headless browsers in your infrastructure may introduce vulnerabilities if not properly configured. Also, keep in mind that small security omissions may be the first step to RCE. Fortunately, many of these security misconfigurations can be found with modern static analysis tools.

If you’re on the attacking side: use your powers for good and be ethical. Finally, if you're developing applications that use headless browsers, consider using Semgrep to speed up your security testing.