The future of AppSec and why I joined r2c 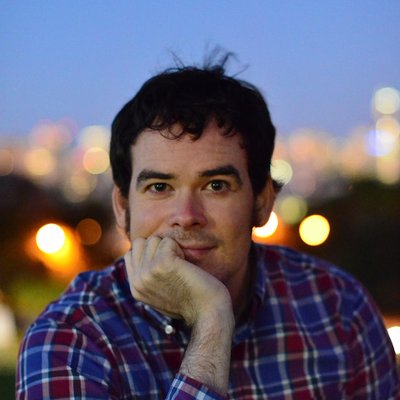 Sometimes, it feels like things happen for a reason.

After a series of unexpected events, I now find myself as Head of Security Research at r2c, the company behind the open source static analysis tool Semgrep, and I couldn’t be more excited about my role, the company, and the future of application security (AppSec).

In this post I’m going to discuss why I’m betting on r2c, and where I think application security is headed.

An academic wake up call

A Tale as Old as Time: Things are different outside academia

While I was a young, fresh-faced PhD student at the University of California, Davis, my colleagues and I pursued a number of research projects involving static analysis, and I even interned at Fortify, which was an up-and-coming static analysis security testing (SAST) vendor at the time.

I was amazed and enthralled by the power of static analysis to find bugs and improve software security at scale. Thoughts of other advanced topics like symbolic execution, abstract interpretation, and more joyfully danced through my head like a child’s dreams of presents at Christmas.

So when I joined NCC Group as a security consultant, I couldn’t wait to see the tools my colleagues used. After all, these are some of the top security testers in the world, brought in by most of the largest, and biggest name companies to improve the security of their software.

So what secret tools did these legendary security consultants use?

How could this be? How could such advanced approaches and tools exist and yet so few people use them?

It would take a few years, and off-the-record conversations with security engineers from dozens of companies, but eventually I found some answers.

Static analysis in the real world™

As a security consultant performing penetration tests, I quickly saw why we preferred grep:

But what was keeping companies, with bigger teams and more time and budget, from embracing static analysis?

Legacy SAST: slow, noisy, and out of touch

During my final few years at NCC Group, I was fortunate to have the opportunity to moderate DevSecOps focused panels all around the world featuring senior security leaders from companies including Netflix, Dropbox, Apple, Slack, Datadog, Etsy, DocuSign, and more.

And as a security consultant, I led a number of projects around helping companies scale their AppSec programs, embrace automation, and tune and roll out a SAST tool they had purchased.

Here are a few things I learned:

The biggest thing that stuck out to me though, after spending hundreds to thousands of hours in this space, both sounds obvious but is perhaps initially unintuitive:

It’s impossible to find every bug, no matter how advanced your tools are. Instead, the key to scaling security is to build secure-by-default libraries and tools that developers can use to prevent entire classes of vulnerabilities by construction, and then make sure developers use them.

This is what forward-thinking security teams at companies like Google, Microsoft, Facebook, Netflix, Dropbox, and more believe and have been investing in for years (see our Global AppSec SF 2020 slides for more details and examples).

This is not to say that bug finding (manually or with tools) doesn’t have a role, because it does, but rather that it’s not the highest leverage area security teams can invest in.

A crisis of faith

At this point I began to question my own goals, personal priorities, and beliefs about security in general - was I really pushing the industry forward, manually finding bugs in different applications?

It was also painful continually seeing companies pay so much for solutions they were unhappy with.

Naively, I started building my own static analysis tool - something simple and lightweight that fits easily into how modern security teams work. However, I soon found that building and maintaining a production quality tool yourself is A Lot of Work™.

In a random stroke of luck, my friend from grad school, Daniel DeFreez, told me about this small, SF-based startup called r2c, who were also building a lightweight static analysis tool.

I grabbed lunch with the team and attended a few of their meetups, and was surprised to find how closely our views of the future of security were aligned.

One day I said to Isaac, one of r2c’s co-founders and CEO, “You know, I think you should hire for a role like <this>,” and proceeded to pitch him my dream role, which was an unusual blend of everything: being a pro user of the product and influencing product direction, working closely with marketing to create and share security research that meaningfully pushes the industry forward, and much more.

To my surprise, he chatted with the team, and they ended up agreeing! 😍

Why I joined r2c

Let’s get into both in a bit more detail.

The future of AppSec: killing bug classes via secure defaults

This topic merits its own post (and maybe blog series), but I wanted to at least touch on it here. For more info, see Isaac and I’s Global AppSec SF 2020 slides.

Historically, the security industry has focused on vulnerability identification, via pen testing, bug bounty, SAST, DAST, internal testing, and more. However, this is reactive and in general doesn’t prevent future vulnerabilities from being introduced.

However, there have been some promising developments - modern web frameworks like Django, Ruby on Rails, and others have a number of secure defaults and built-in guardrails that make potentially dangerous tasks safe by default, including context sensitive output encoding (prevent XSS), tight integration with object relational mappers (prevent SQL injection), and more. In my and many others’ opinions, this is why overall web security has improved, not all of the fancy bug finding tools we’ve built.

Forward thinking security teams at companies like Google, Microsoft, Facebook, Microsoft, Netflix, Dropbox, and many others have gone even further than what’s provided out of the box in common frameworks, creating secure libraries for parsing XML, authentication and authorization, mutual TLS between services, secret management, and many more.

The future of AppSec is a one-two punch of secure defaults + lightweight enforcement of those defaults.

That way developers can do what they do best: rapidly build scalable, complex software that brings business value to your customers, and not have to constantly be wary of all of the subtle nuances that could lead to a vulnerability. In an ideal world, security should be completely transparent to developers.

By being fast, easily customizable, and open source, I think Semgrep is the perfect tool for enforcing secure defaults and blocking anti-patterns in a high signal way.

I have much more to say about this. Stay tuned for future posts!

A strong driver for me to join r2c was the technical chops of the team.

To be honest, it’s almost like some Hollywood caricature of a Silicon Valley start-up: the founders were roommates and friends at MIT, and the rest of the team is PhDs and degrees from places like MIT, Stanford, and Carnegie Mellon, senior leaders from other successful start-ups, and more.

True story: I was chatting with Drew Dennison, one of the r2c co-founders and CTO, during BSidesSF. I offhandedly mentioned:

Semgrep is pretty cool, but you know what would be super useful? An online IDE where you can write Semgrep rules without installing anything, like regex101 or Golang’s playground.

Drew agreed, and literally two days later, I got a text saying, “Hey, it’s live” and a link to what is now the Semgrep editor. This blew my mind 😱

That was the first of many times that’s happened to me at r2c.

It’s not uncommon to hear something like, “Hey, so I had a few extra hours, so I <built this entirely new feature or workflow.” Semgrep has added support for multiple languages in the few months since I’ve joined, which for most SAST companies, requires person-quarters to person-years for each.

One thing I didn’t think through as thoroughly as I should have before joining, to be honest, is r2c’s culture. Fortunately, I lucked out!

This is rare to find, but r2c has managed to assemble a team of people who are both brilliant and humble, who are happy to take feedback.

True story: On my first day, I had a one-on-one with Isaac, in which I gave him some pointed feedback about my thoughts on the direction of the company. As I was saying it, I realized that maybe it’s best not to say something critical about the company’s direction roughly 3 hours after starting to the CEO 😅

But Isaac laughed, thanked me for my candor, and we got into a frank, detailed conversation about why r2c was pursuing its current direction, things Isaac thought weren’t going as well as they could be, and open questions he was considering.

And on many occasions, I’ve been a part of conversations with the leadership team in which they’re proactively discussing how to make sure each r2c employee has the right guidance, support, and mentorship to be happy and successful in their role.

Frankly, that level of care and the granularity with which they’re looking out for people is not something I’ve seen many places.

We’ve made some exciting progress so far, but there’s much left to be done.

Here are a few immediate things on our agenda:

Clint Gibler is the Head of Security Research at r2c, and the author of the tl;dr sec newsletter.